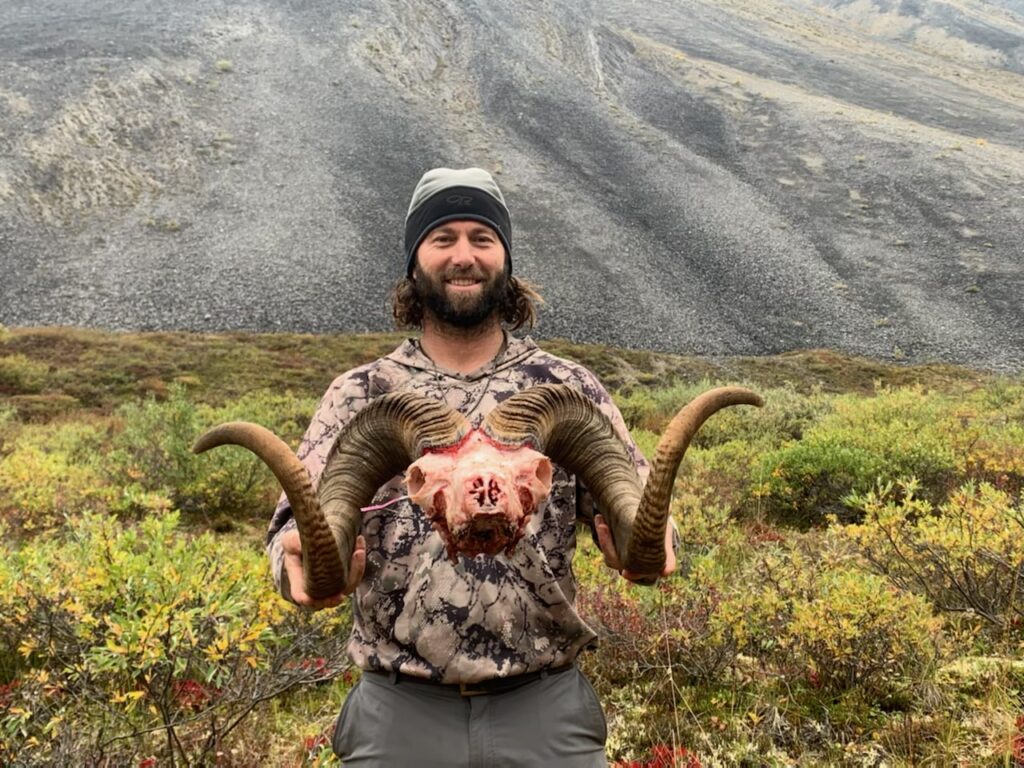 “Living life one adventure at a time!”

Lyn was born and raised in southern Michigan. Growing up hunting on his parent’s farm and fishing in the pond in his backyard is where his passion for the outdoors began. Lyn’s mom always said that the pond was the best babysitter Lyn ever had. When he was 19, Lyn got a job offer to work for an outfitter in Alaska. One look at those mountains and he knew where he needed to be. Two years later he moved. Lyn shot his first Dall Sheep in 2004. “There is no other feeling like it and from that point on I knew I wanted to help others experience that feeling and live their dream hunt.” Now, Lyn spends August- September chasing old rams in the Brooks Range. Then he heads to the Lower 48 for mule deer and elk to finish out the season. During the off-season, Lyn builds houses, remote cabins, and commercial fishes in Bristol Bay.