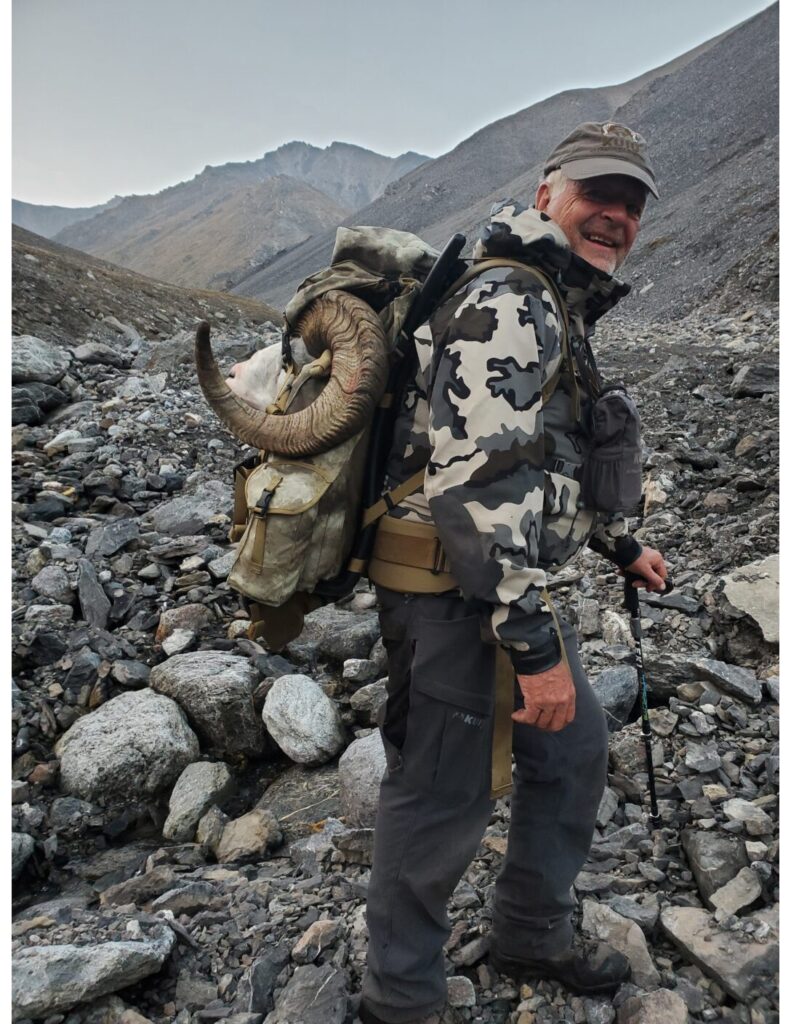 Keele Johnson comes with a wealth of experience and training that makes him a consistent and successful guide. Keele grew up on a farm/ranch in Southeastern Utah and learned from an early age how to hunt and care for livestock. His father holds the Safari Club International world record mule deer that was taken on their farm. Keele has been a part of that rich hunting tradition. In 2015 Keele completed his Grand Slam of North American Wild Sheep.

Early in his guiding career he became close friends with Carl Mahon, who became his mentor for sheep hunting. Carl was the best sheep guide in Utah and won the Wild Sheep Foundation Conservation award and, with Keele, founded the Utah Bighorn Sheep Society. Carl worked for the Bureau of Land Management and helped procure funding for many sheep transplants. Carl is legendary in sheep circles and Keele was fortunate to spend many years with Carl as a guiding partner and learning about little-known sheep behaviors.

Keele earned a master’s degree in Social Work from the University of Utah. He worked for the College of Eastern Utah/Utah State University teaching and directed a program to assist low-income students (mostly Native Americans) to succeed in post-secondary education. He has been involved politically with two terms in the Blanding City Council and eight years in the Utah State Legislature, after which the governor appointed Keele to the Utah State Wildlife Board.

Keele has earned a variety of licenses and certifications that make him a well-qualified guide, including: