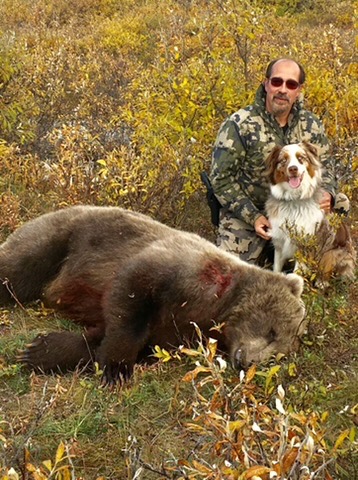 “Do not go where the path may lead. Go where there is no path and leave a trail.”

D. Deoudes moved to Alaska while serving as a Paratrooper in the U.S. Army in 1983. He obtained his guide license in December of 1989 and ended his service in the Army after more than 10 years and 3 overseas tours of Doing Good things to Bad people! Growing up reading Jack O’Connor, he dreamed of hunting the mountains and sheep. Taking his first Dall Ram in 1984, and later taking 6 more rams with a Rifle, 1 with a Handgun and 2 with a Bow, he then decided to guide sheep hunters. After 24 years and more than 68 successful sheep hunters, he realized this was a young-man game and he was no longer a young man so he decided to focus more on flying. His other passion is hunting brown or grizzly bears, especially with a bow. This spring will be his 24th year hunting &amp; flying the Alaska Peninsula. He has worked for more than 10 years in the southern Wrangell Mountains. Safety, success, and logistical support are the most important things to D. A well-maintained aircraft flown by a current and capable pilot with the best equipment available makes or breaks the trip. D will do nothing but his best to help you safely and successfully complete your Alaskan Adventure.